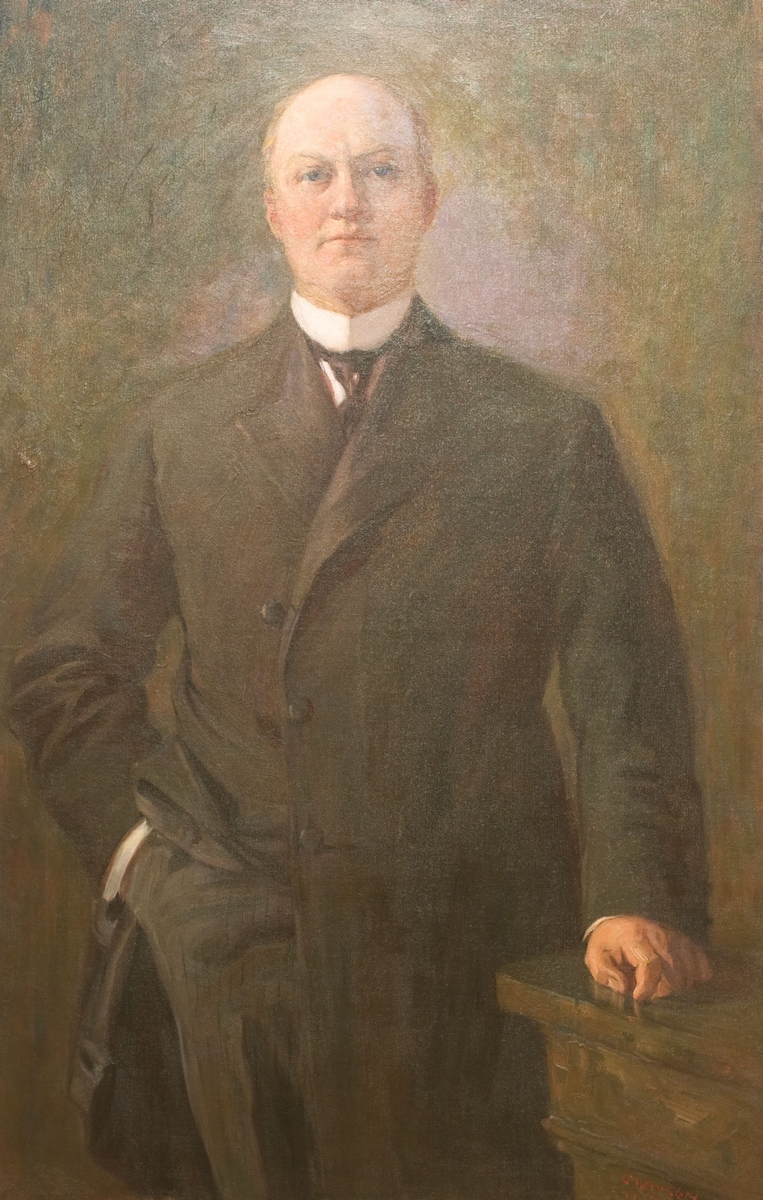 Heber Manning Wells (1859–1938) was born in Salt Lake City, Utah. While in his teens, Wells began working as a tax collector for Salt Lake City. After being appointed city recorder in 1882, he was elected for three more terms. Following a bid for Salt Lake City mayor in 1892, Wells participated in Utah’s 1887 and 1895 constitutional conventions.

At age 36, Wells became Utah’s first (and youngest) governor when Utah achieved statehood on January 4, 1896. Operating from the City and County Building, Governor Wells set to the task of organizing courts and offices for the new state of Utah. He signed into law many bills, including one landmark bill sponsored by Alice Merrill Horne, which created the first state-sponsored arts organization in the country. Wells also took particular interest in promoting economic development while preserving Utah’s natural resources. Wells served two terms as governor and spent the rest of his career in various public offices, both for Salt Lake City and for the federal government.

John Willard “Will” Clawson (1858–1936) was a nationally known portrait painter. He studied locally with George Ottinger and in Europe with Impressionist masters Edouard Manet and Claude Monet. Clawson painted the portraits of many society figures of his day, including his grandfather, Brigham Young, and three other Utah governors: Cutler, Bamberger, and Dern.