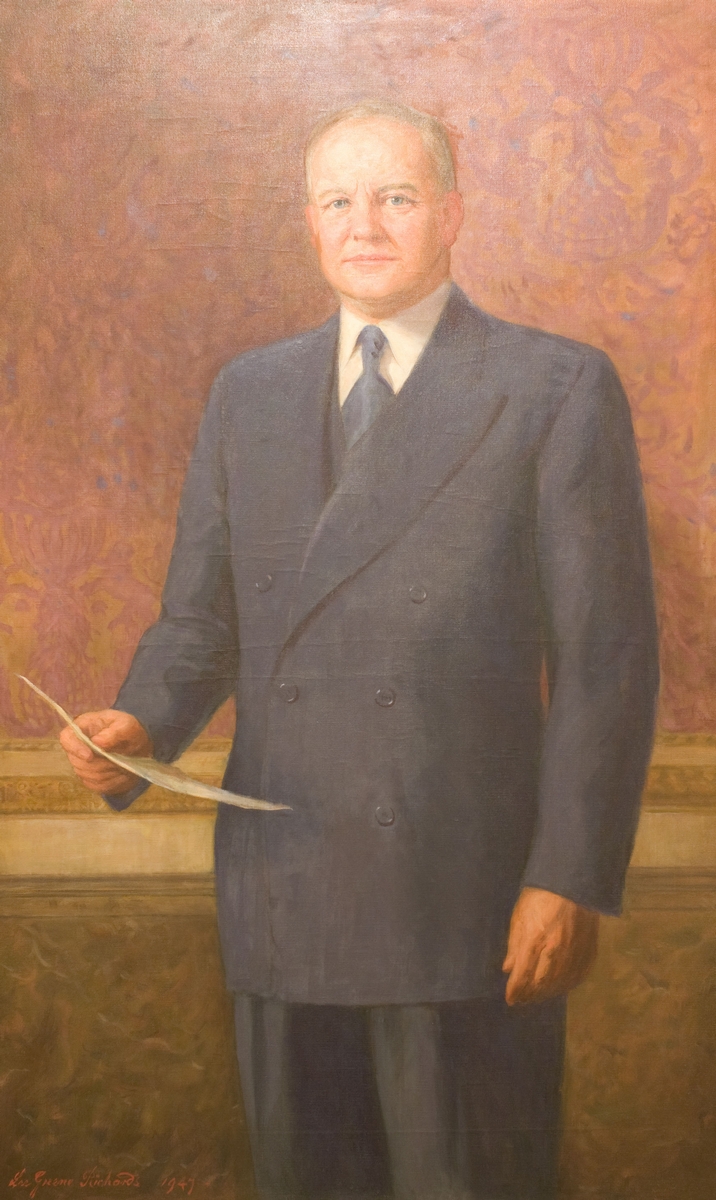 Herbert Brown Maw (1893–1990) was born in Ogden, Utah. He began working at age 11 to help support his family, selling aluminum pans door-to-door and newspapers on the streets of Salt Lake City. He also operated an ice cream stand at the Saltair Resort. Maw pursued his education while working, attending LDS High School and receiving a Bachelor of Law from the University of Utah Law School. During World War I, he served as a Latter-day Saint chaplain. Following the war, Maw completed a master’s degree and a doctorate in law from Northwestern University. When he returned to Salt Lake City, he taught political science and speech at the University of Utah. He served as Dean of Men at the University from 1928 to 1936.

Maw ran successfully for a state Senate seat on the Democratic ticket in 1928. He served as a senator for ten years, and he later went on to serve as Senate president for four years. He won the gubernatorial race in 1940. Once in office, he quickly reorganized the executive branch to contain fewer departments, an action that received bipartisan support from the Legislature. With World War II on the horizon, Maw worked hard to attract military installations and industries to Utah. Utah’s location made it prime real estate for many wartime facilities, creating thousands of jobs and energizing Utah’s economy. Maw served his second term during the shift from war to peacetime. He supported legislation to help veterans gain access to housing and education in their transition to civilian life. He was also dedicated to building road systems that would increase tourist access to Utah’s scenic destinations. After losing his bid for a third term, Maw retired to practice private law. He continued to work well into his nineties, taking on many pro bono cases for the poor.

Lee Greene Richards (1878–1950) was a prominent Utah artist who studied with J.T. Harwood and trained in France. In 1904, he received an honorable mention at the Paris Salon, making him the first Utah painter to receive this honor. Richards’ artwork can be seen throughout the Capitol: murals in the rotunda and Senate chamber, as well as portraits of Utah governors Spry and Mabey.