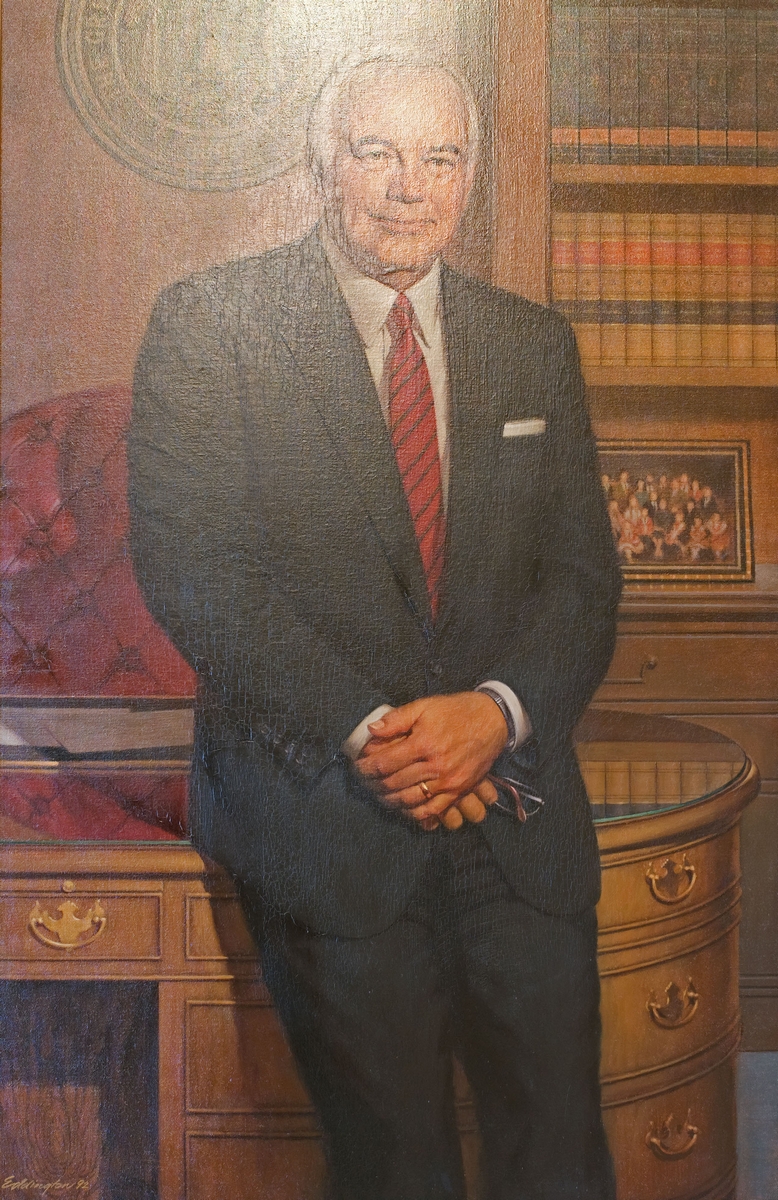 Norman Howard Bangerter (1933–2015) was born in 1933 in Granger (now West Valley City), Utah.  For 50 years, with the exception of his college and army days, he lived just ten blocks away from the farmhouse where he was born.

In 1974, after 25 years of working as a homebuilder and real estate developer, Bangerter won a seat in the Utah House of Representatives. Bangerter quickly rose to leadership positions in the Republican party, becoming the first Speaker of the House in over 40 years to serve two terms. He was elected governor in 1984, setting the “Three Es” as his governing focus: education, economic development, and efficiency in government. A fourth “E” for environment was added a few years later.

Facing economic difficulties, Bangerter campaigned aggressively to rebuild the state’s economy and successfully recruited new businesses and industries to the state. By his second term, Utah’s economy was growing even during a national recession. During his eight years in office, Bangerter oversaw the establishment of the State Court of Appeals, new funding and higher test scores for Utah schools, and the construction of a performing arts center at the University of Utah.