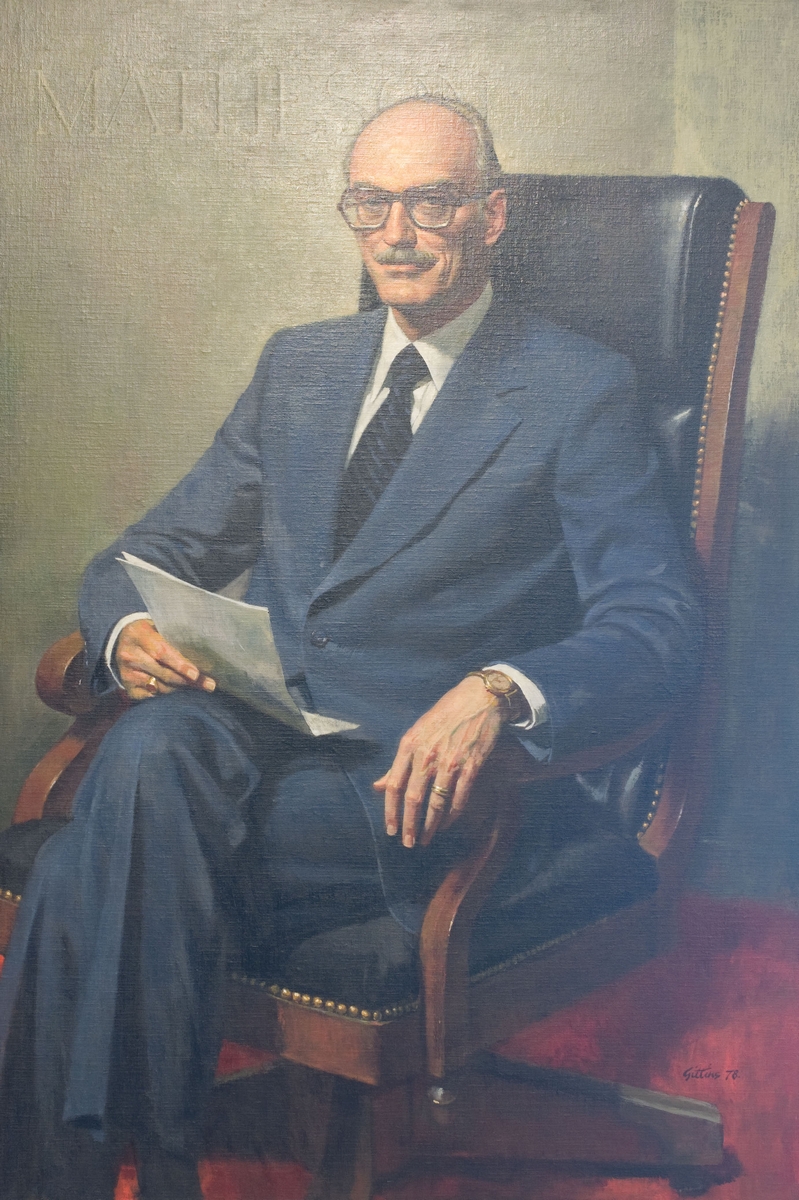 Scott Milne Matheson (1929–1990) was born in Chicago, Illinois. During the early 1930s, his family moved to Parowan, Utah, and then later to Salt Lake City. Matheson attended East High School and then the University of Utah before graduating from Stanford University Law School in 1952. Matheson practiced law in Cedar City, Utah, for several years and then returned to Salt Lake City to work as deputy attorney for the county.

An active member of the Democratic Party since college, Matheson ran for governor in 1976 and won, making him one of very few Utah Democrats elected to office that year. At his inauguration, Matheson declined the traditional military cannon salute. In his address, he called for environmental stewardship and sustainable use of Utah’s natural resources.

Matheson faced many challenges during his two terms as governor: devastating drought, increasing population, growing inflation, spiraling Medicaid costs, and fast-growing enrollment in schools. Matheson protested the location of an MX missile system in Utah and the transfer of nerve gas to the state. Environmental issues were important to Matheson, and he opposed nuclear waste dumps in Utah. Three thousand acres of the Deep Creek Mountains are named Scott’s Basin in honor of Matheson’s conservation efforts. Matheson also foresaw that computer technology would play an important role in the future, and requested funds for a state data processing system.

Alvin L. Gittins (1922–1981), one of Utah’s finest painters, came from England to study art at Brigham Young University. He later taught for many years at the University of Utah. Gittins was Utah’s most dominant portrait painter and was noted for his ability to capture his subject’s personality as well as likeness, and for his masterly traditional styles. He also painted Governor Rampton’s portrait.