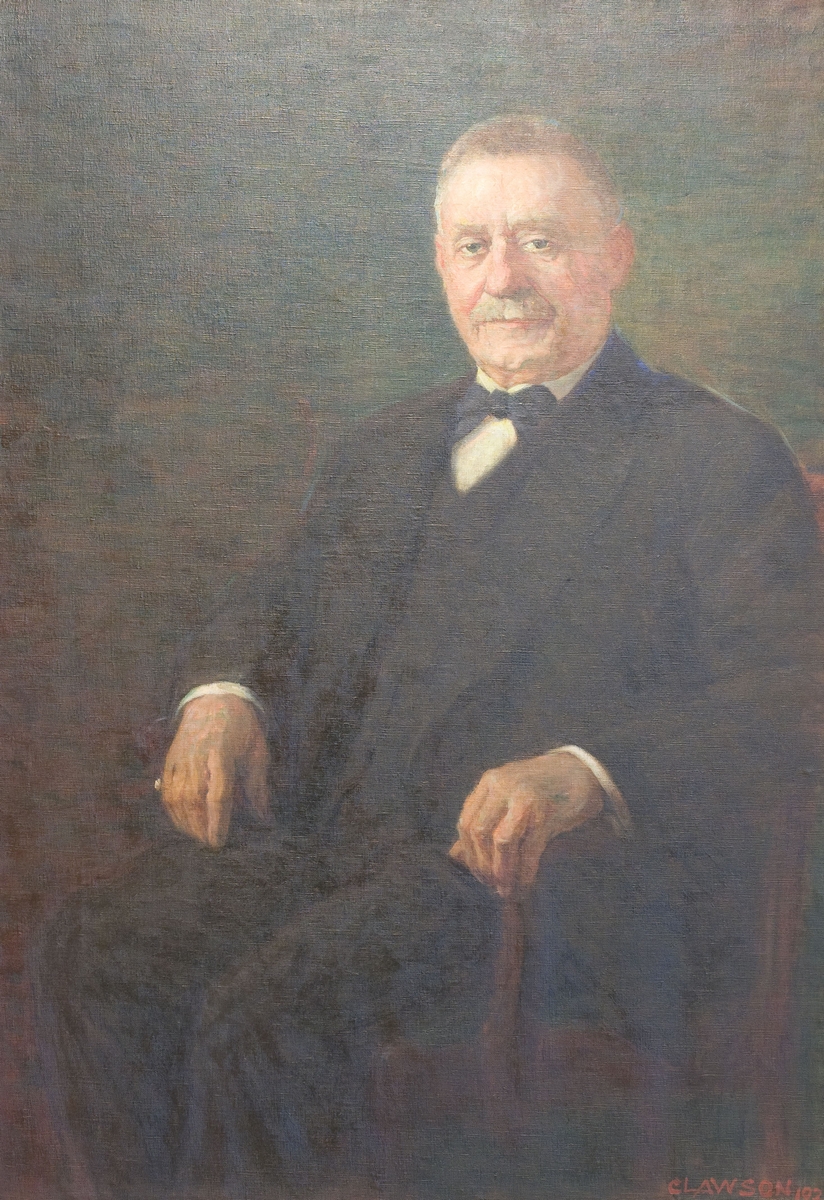 Simon Bamberger (1846–1926) was born in Hesse-Darmstadt, Germany, and immigrated to the United States at the beginning of the Civil War. He later became involved in the mining and railroad industries. In 1896, Bamberger opened Lagoon, an amusement park, as a stop on his railway between Ogden and Salt Lake City.

Bamberger’s public service career included serving on the Salt Lake City Board of Education and in the state Senate. He was known as a dedicated but humble philanthropist, and he had a wide and diverse circle of friends throughout the state. Bamberger was publicly supported by prominent Latter-day Saints when he announced his intention to run for governor in 1916.

Bamberger won the gubernatorial race, making him both the first Democratic governor and the first Jewish governor in the state. Bamberger ran on a very progressive ticket, supporting the establishment of a public utilities commission and the Department of Health. He also fully supported Prohibition, which was considered by many to be part of the Progressive movement. Faced with a large budget deficit when he took office, Bamberger called for more efficient government spending and increased revenue. By the time he left office in 1921, declining to run for a second term, the state’s budget deficit of nearly half a million dollars had been eliminated.

John Willard “Will” Clawson (1858–1936) was a nationally known portrait painter. He studied locally with George Ottinger and in Europe with Impressionist masters Edouard Manet and Claude Monet. Clawson painted the portraits of many society figures of his day, including a portrait of his grandfather, Brigham Young, and three other Utah governors: Wells, Cutler, and Dern.