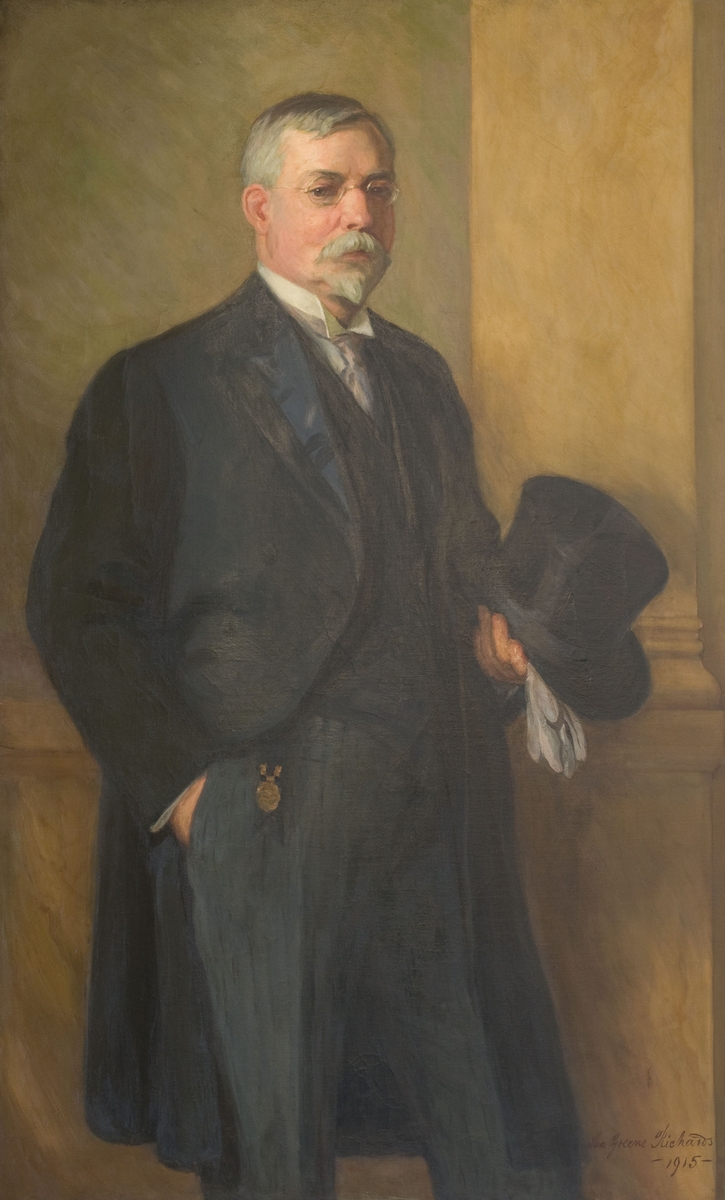 William Spry (1864–1929) was born in England and immigrated to Tooele County, Utah, with his family in 1875. As a young man, Spry worked a wide range of jobs until he found his place in politics. Spry first served as a tax collector for Tooele County and later as a representative in the Utah State Legislature. As a member of Senator Reed Smoot’s “Federal Bunch,” Spry secured the 1908 nomination for governor and was elected.

Spry emphasized to the Legislature the need for a state capitol. At first denied, the project moved forward in 1911 when the state received $798,546 in inheritance taxes from the estate of the late multimillionaire Edward H. Harriman. Spry appointed a seven-man capitol commission to manage the project, and the Utah State Capitol officially opened to the public in 1916.

Spry’s second term was marked with controversy. Swedish immigrant and labor activist Joe Hill was convicted of murdering two Salt Lake City men despite circumstantial evidence and was sentenced to death. Spry received appeals from all over the world, including a plea from President Woodrow Wilson, to give Hill a new trial. He refused, and Hill was executed.

Spry ran for a third term in 1916, but lost the Republican nomination—likely due to his position against statewide Prohibition laws.

Lee Greene Richards (1878–1950) was a well-known Utah artist who studied with J.T. Harwood and trained in France. In 1904, he received an honorable mention at the Paris Salon, making him the first Utah painter to receive this honor. Richards’ artwork can be seen throughout the Capitol: murals in the rotunda and Senate chamber, as well as portraits of Utah governors Mabey and Maw.