No images found!
Try some other hashtag or username

A Glimpse into Utah’s Past

The Capitol Cornerstone Time Capsule exhibit is on display outside of the Governor’s Reception Room (Gold Room) in the southwest corner of the 2nd floor. Capitol visitors can view the copper box and its historic contents during regular Capitol building hours: Monday through Friday from 7 a.m. to 8 p.m. and weekends and holidays from 8 a.m. to 6 p.m. 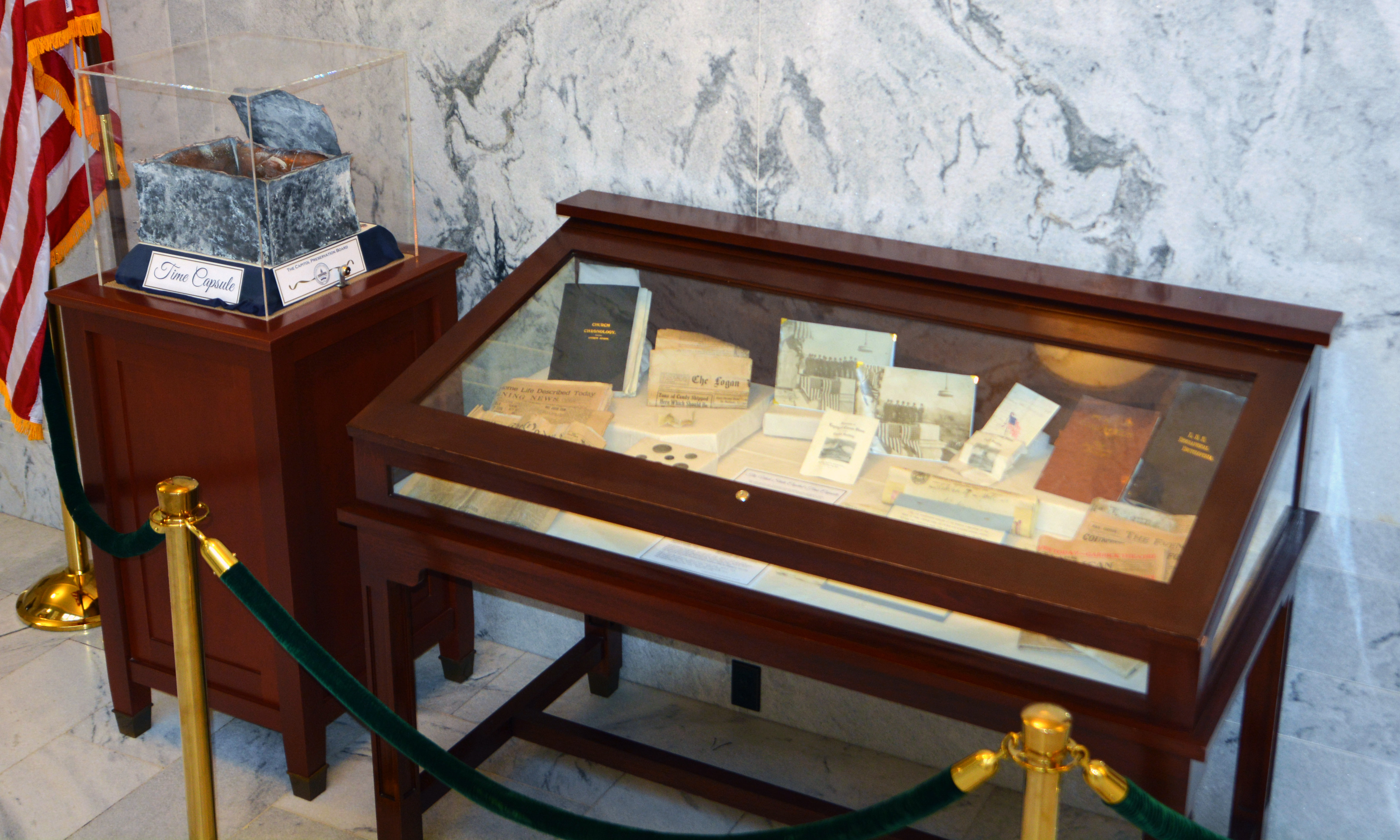 History of the Cornerstone Time Capsule

Governor William Spry positioned the Capitol’s final granite cornerstone on April 4, 1914 at 5 p.m. in front of a throng of thousands of Utahns.

(Governor William Spry) cemented the cap to the corner stone. Rising and with the gleaming trowel still in his hand, the governor announced, ‘I declare the Corner stone of the Utah capitol officially laid.’ During the ceremony, the state industrial school’s band played the Star Spangled Banner. Afterwards the crowd burst into applause.

With great foresight, the Utah State Capitol Commission curated items to represent Utah’s unique history and culture to be placed inside a copper box and sealed in the cornerstone as a time capsule. 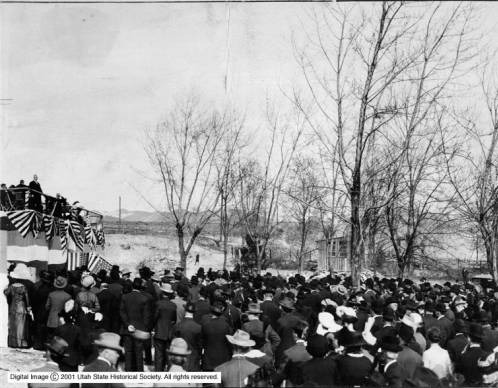 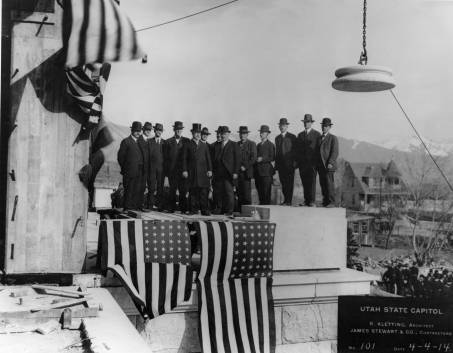 Beginning on September 28, 2016, work began to extract the time capsule from its 102-year enclosure in the west granite cornerstone on the Capitol South Steps. After many hours of complex drilling and careful attention not to damage the box itself, the construction crew was able to remove enough of the granite to free it. 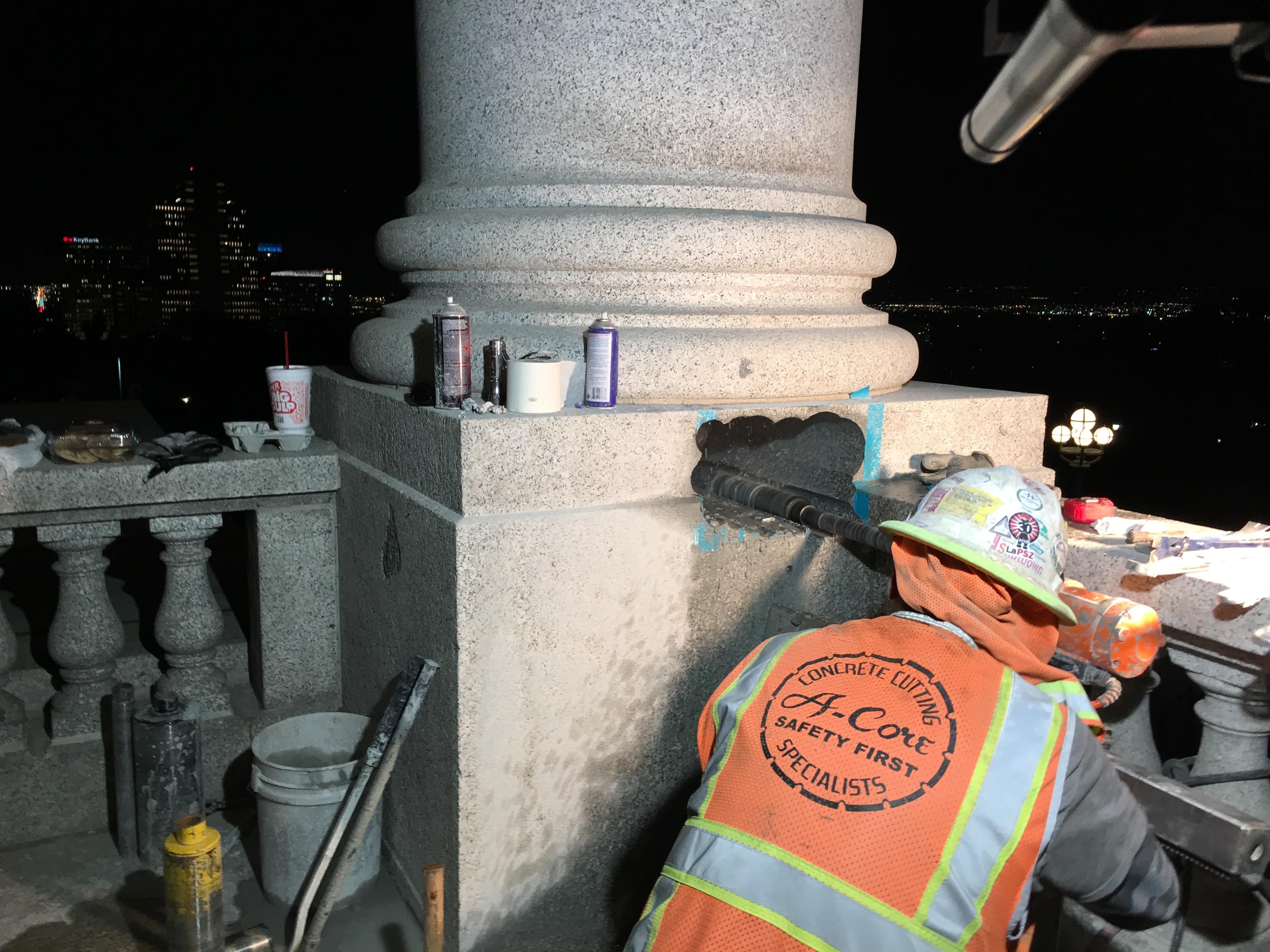 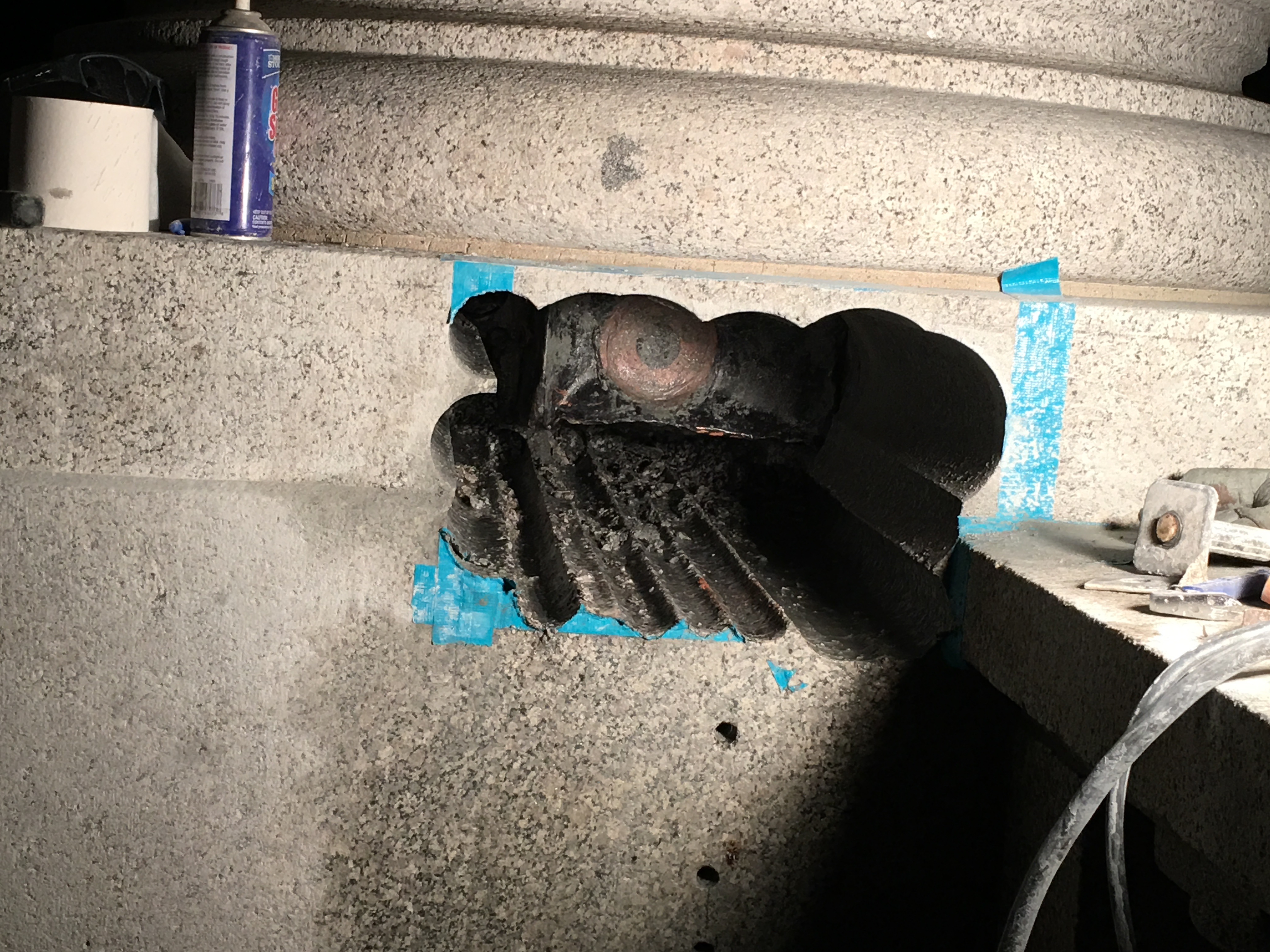 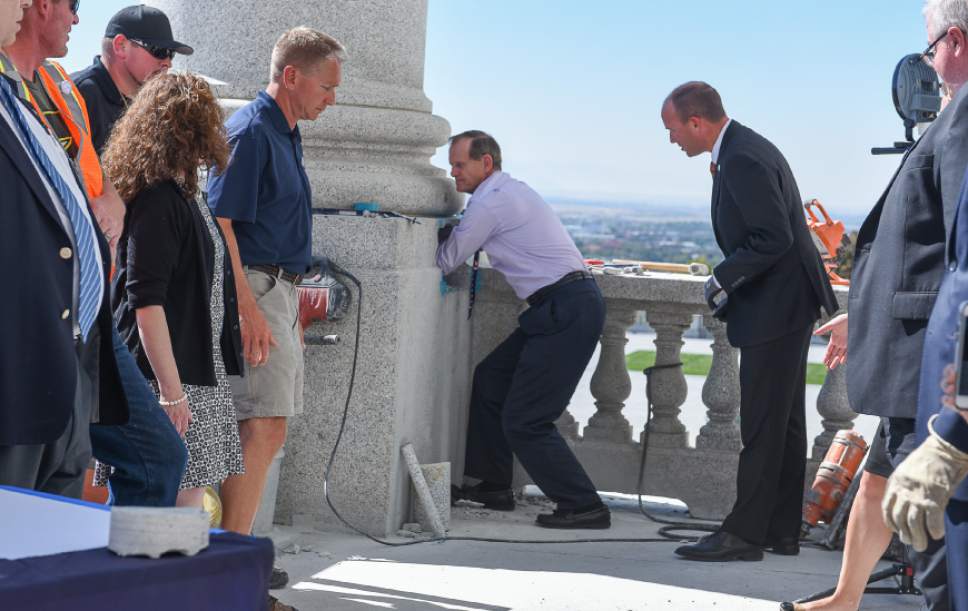 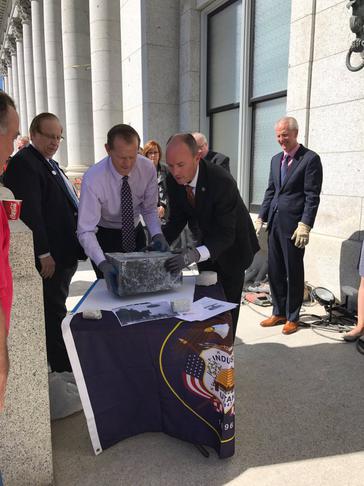 Photos by the Salt Lake Tribune. 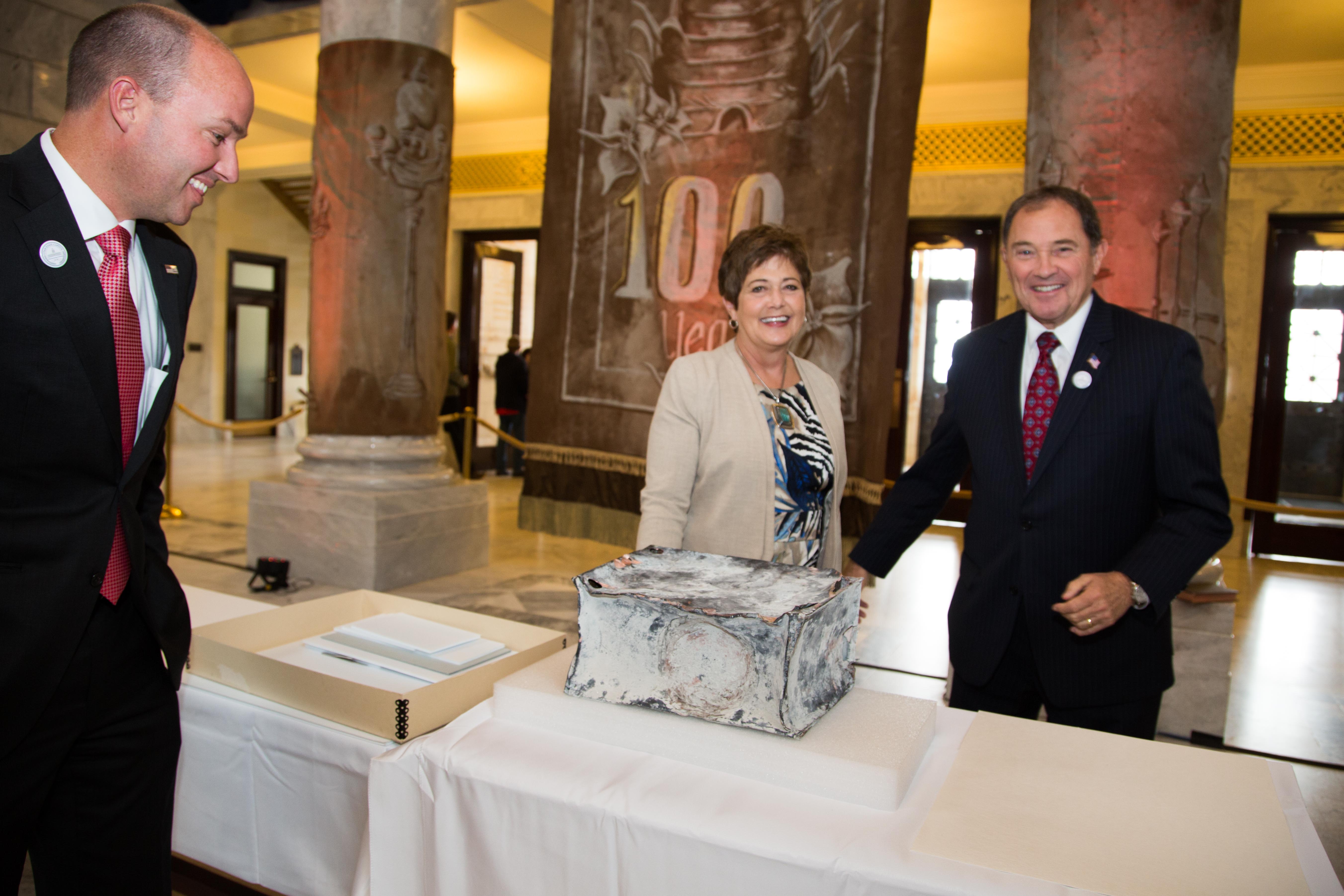 “We stand on the shoulders of giants and those who have gone before us, and I hope we appreciate that,” Herbert said before opening the time capsule. Donning safety gear and a smile, Governor Gary Herbert carefully sawed through the copper capsule on Monday, October 3, 2016 to kick off the week-long Capitol Centennial Celebration Open House. 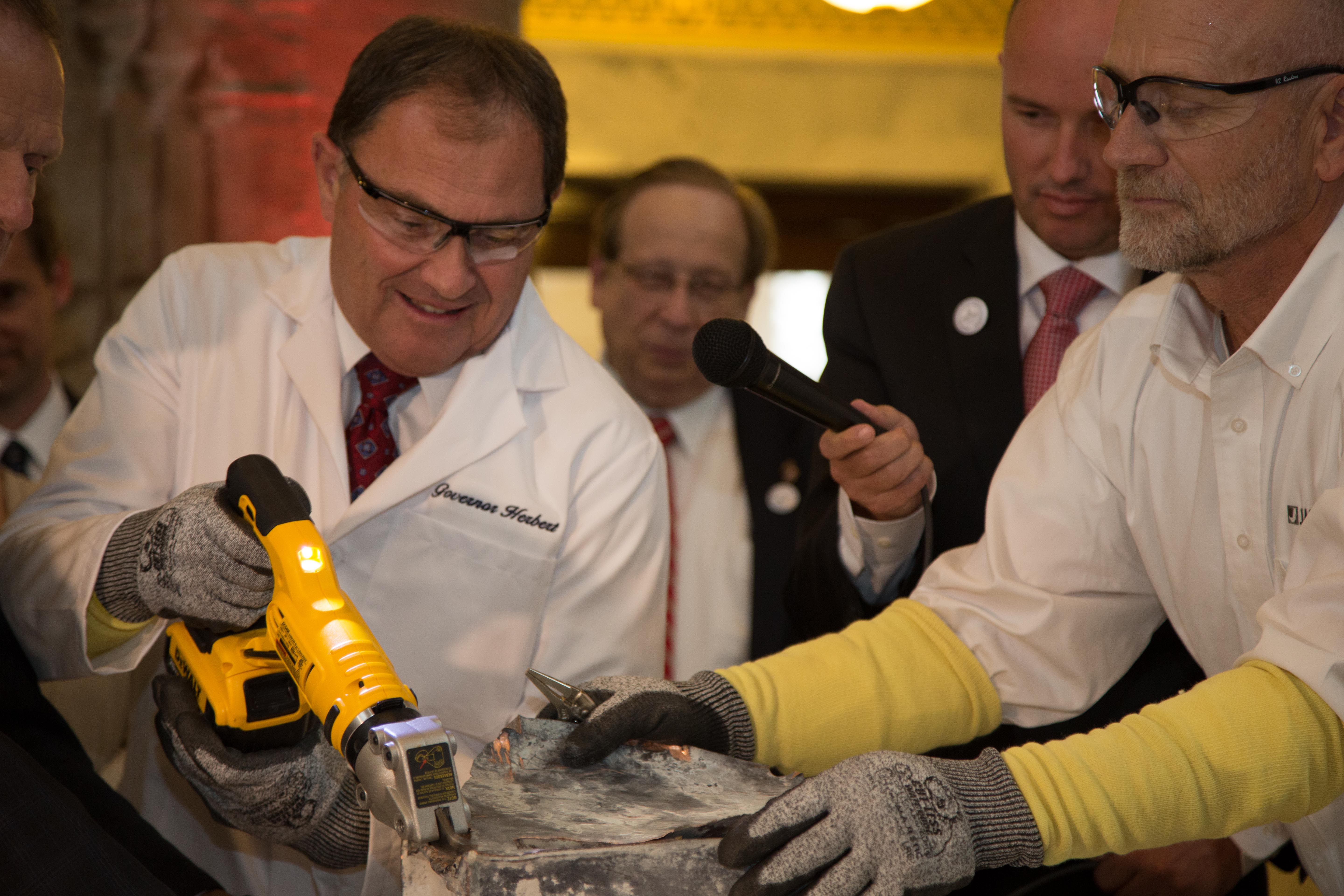 After the lid was cut off, items were removed one by one with the assistance of preservation specialists and laid out on a table. 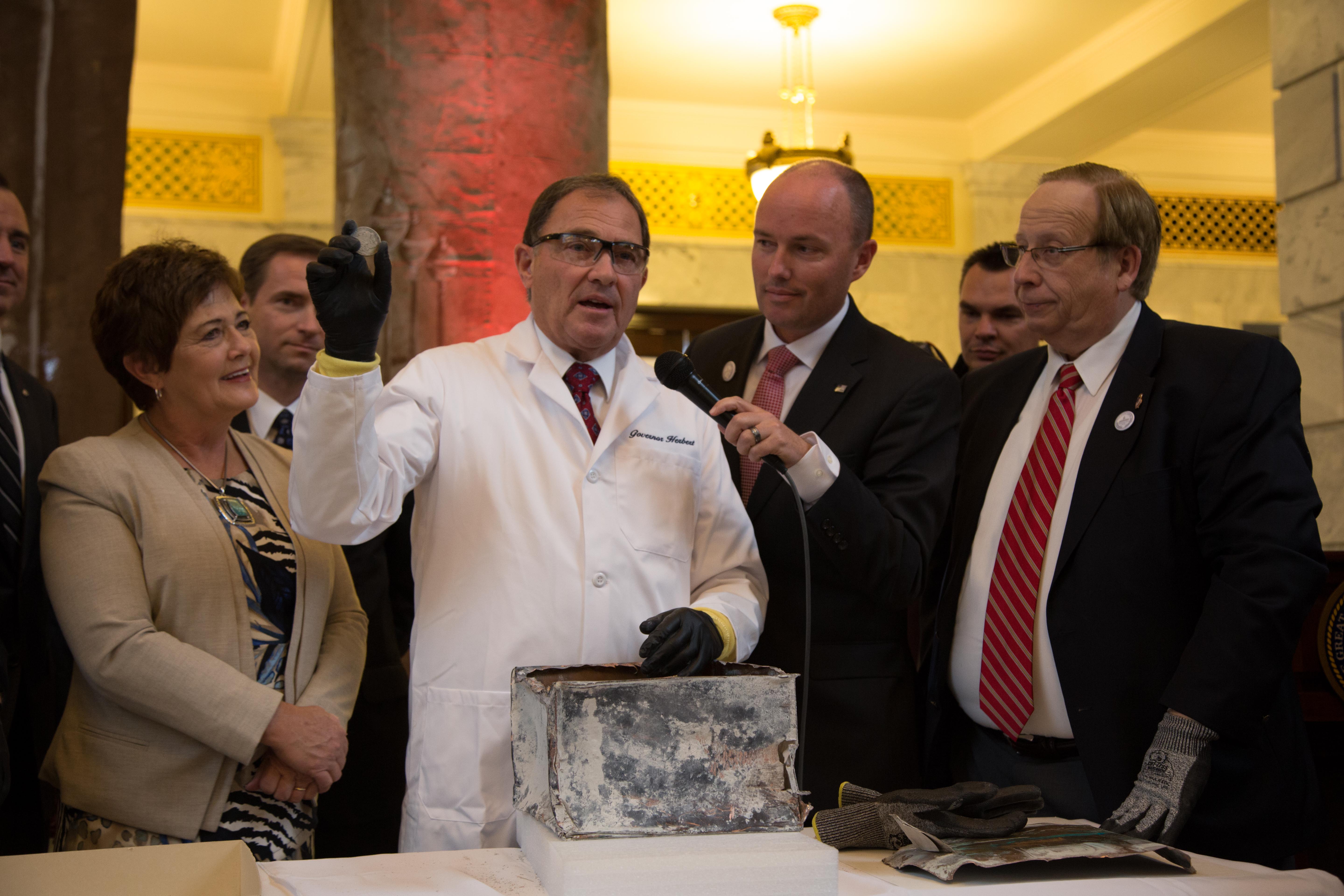 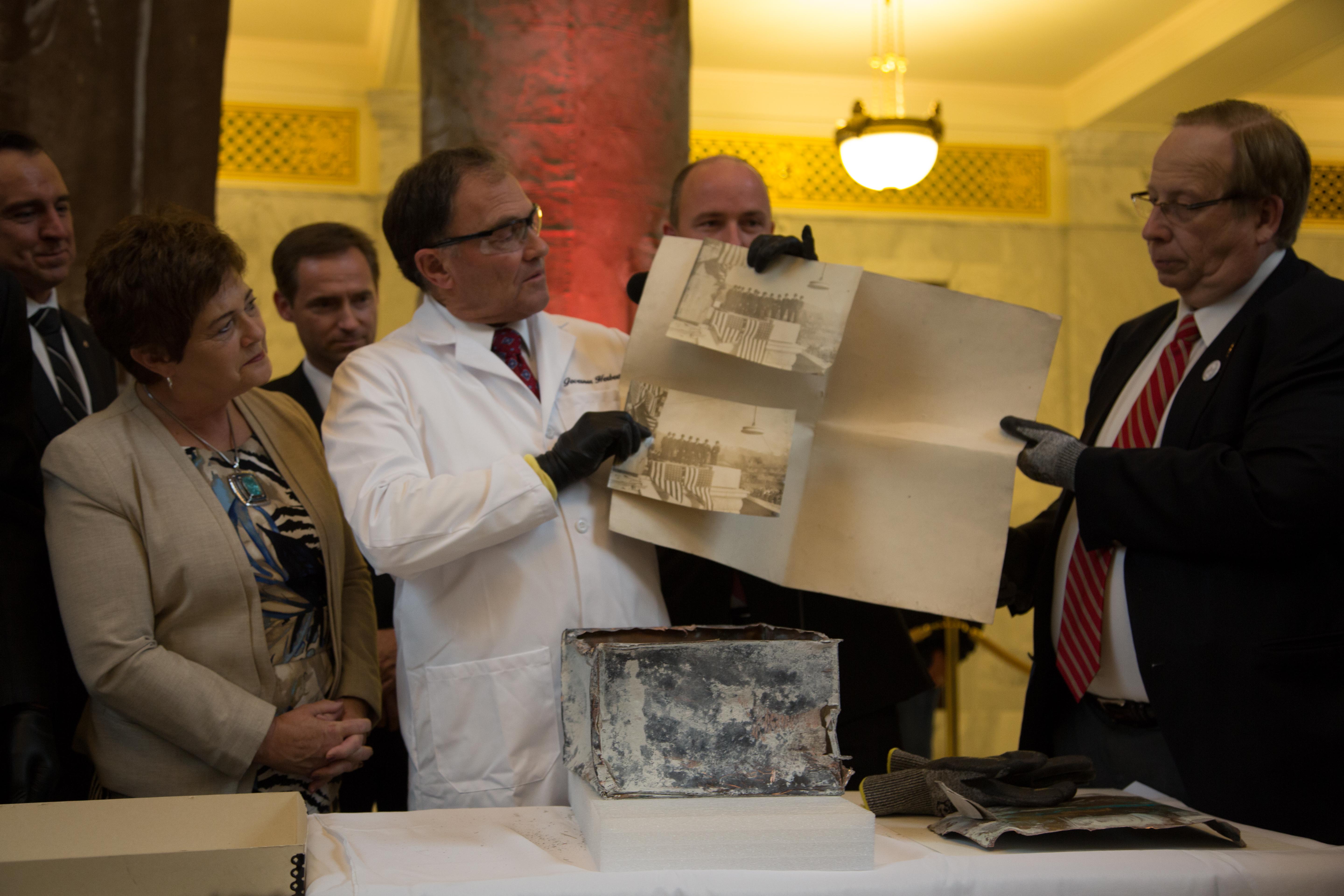 “I think we’ve seen significant advancement that has taken place over 100 years,” said Governor Herbert. “You look at the newspapers and the old-fashioned way of doing things, which now with social media, the media has changed dramatically in 100 years. Even our money, our coin, how we buy and spend.”      –Deseret News 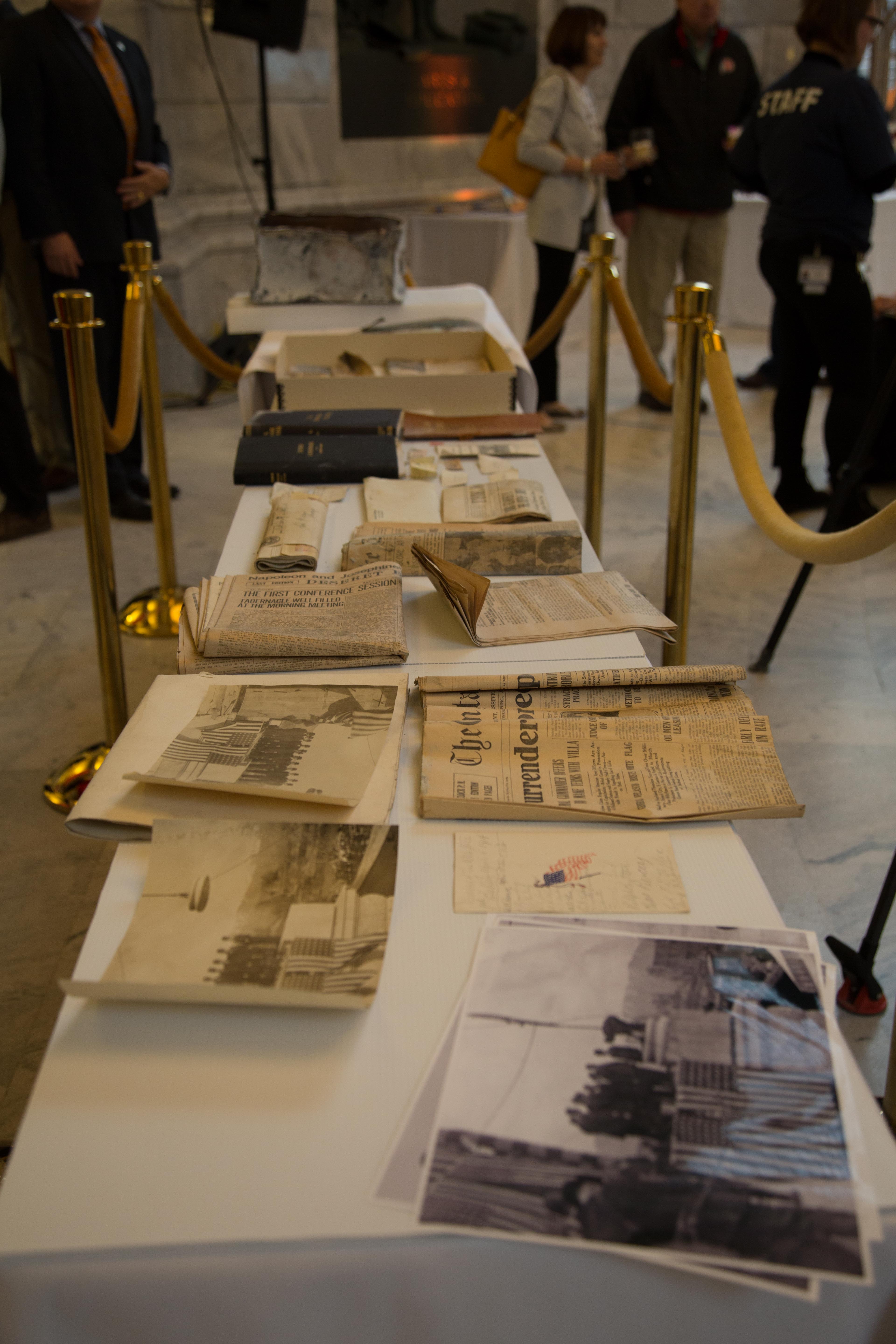