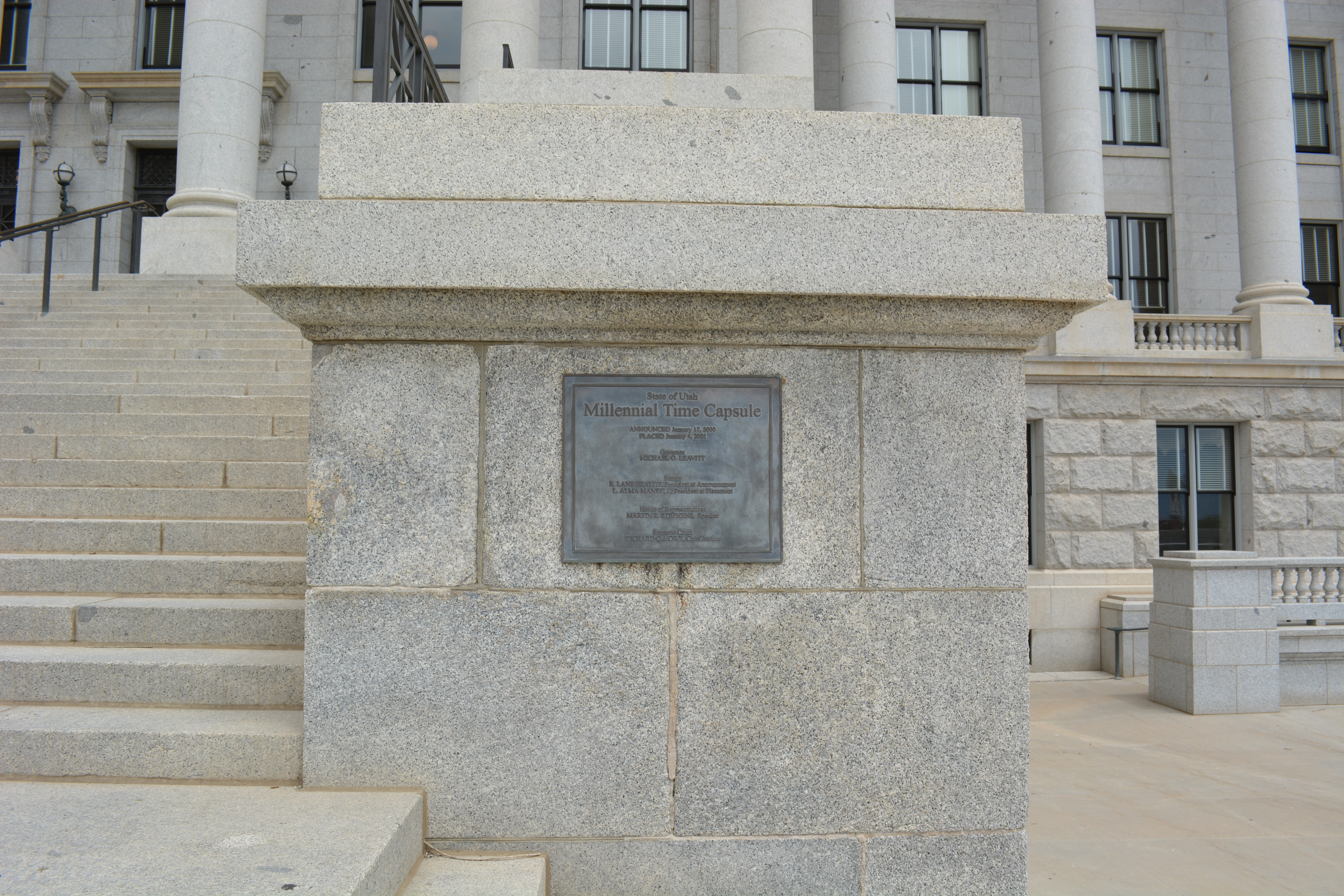 Placed in the south staircase of the Capitol on January 4, 2001, the millennial time capsule is to be opened on the first day of the Legislative Session in 2100. Inside, the future generations will find various records about Utah, news coverage from the 2001 Time Capsule ceremony, Olympic pins, dress shoes worn by Former Governor Leavitt (who was Governor at the time of the ceremony), and a box made from trees that were uprooted on Capitol Hill during the 1999 tornado. Inside the box, Governor Leavitt placed a handful of acorns and explained their significance in his message to the future generation: “Each acorn holds within it a record of the past and a promise for the future. They symbolize the legacy we hope we have left for you, of good things planted and grown.”