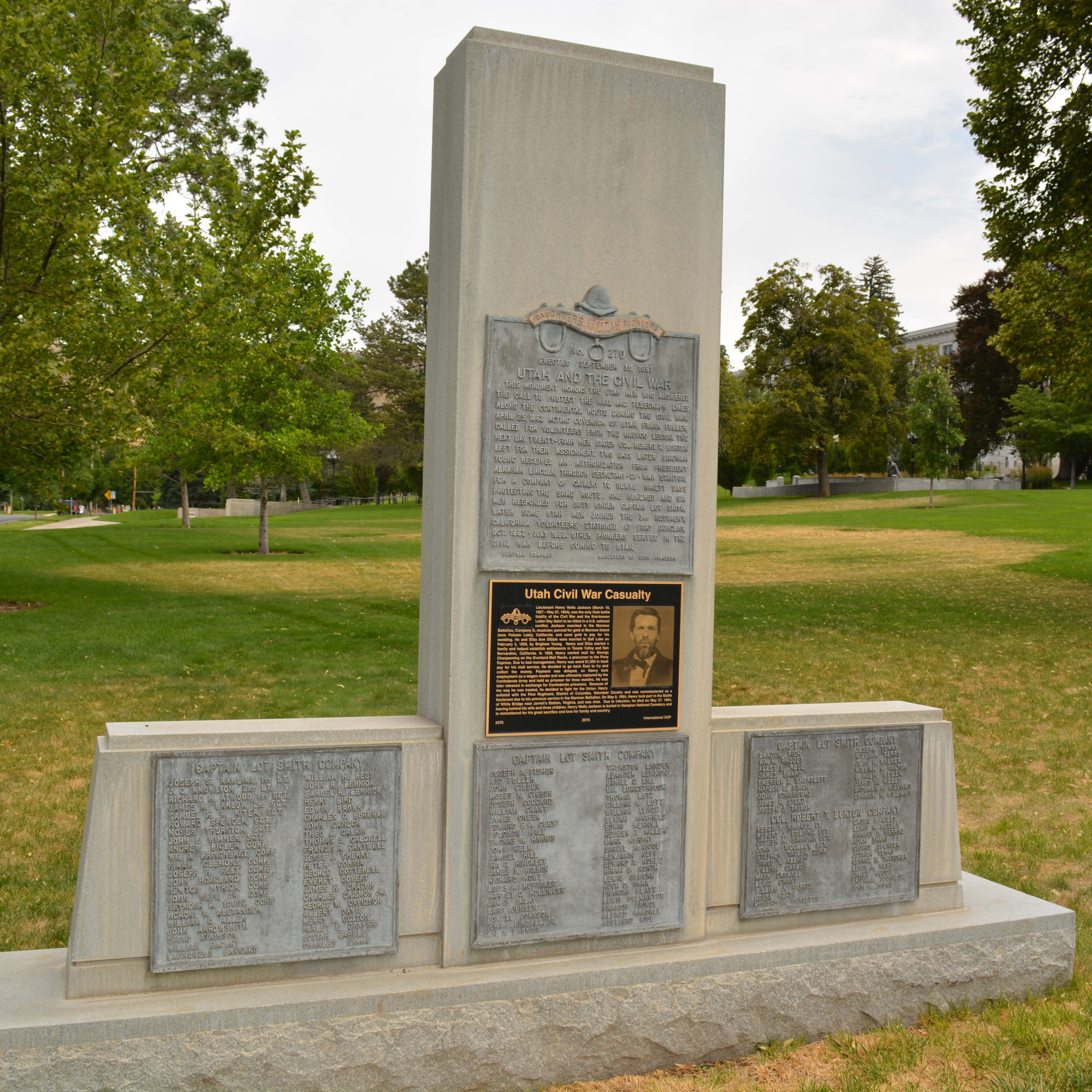 Although no Civil War battles were fought in Utah Territory, units from both Utah and California were assigned to guard mail and telegraph lines, which were being raided by Native American tribes. This monument is dedicated to the Utahns who helped protect those communication lines, and it lists the names of all 130 men who served in this capacity: 24 men who served under Colonel Robert T. Burton and 106 men who served under Captain Lot Smith. Though the two units never engaged in any conflict, their duty was still considered a very important one.

The monument also includes a special plaque dedicated to Lieutenant Henry Wells Jackson, who was the only known battle fatality from Utah during the Civil War. Jackson first served in the Mormon Battalion and during the Civil War enlisted with the Union in the First Regiment, District of Columbia, Volunteer Cavalry. He was shot in the Battle of White Bridge in Virginia and died from infection of the wound.